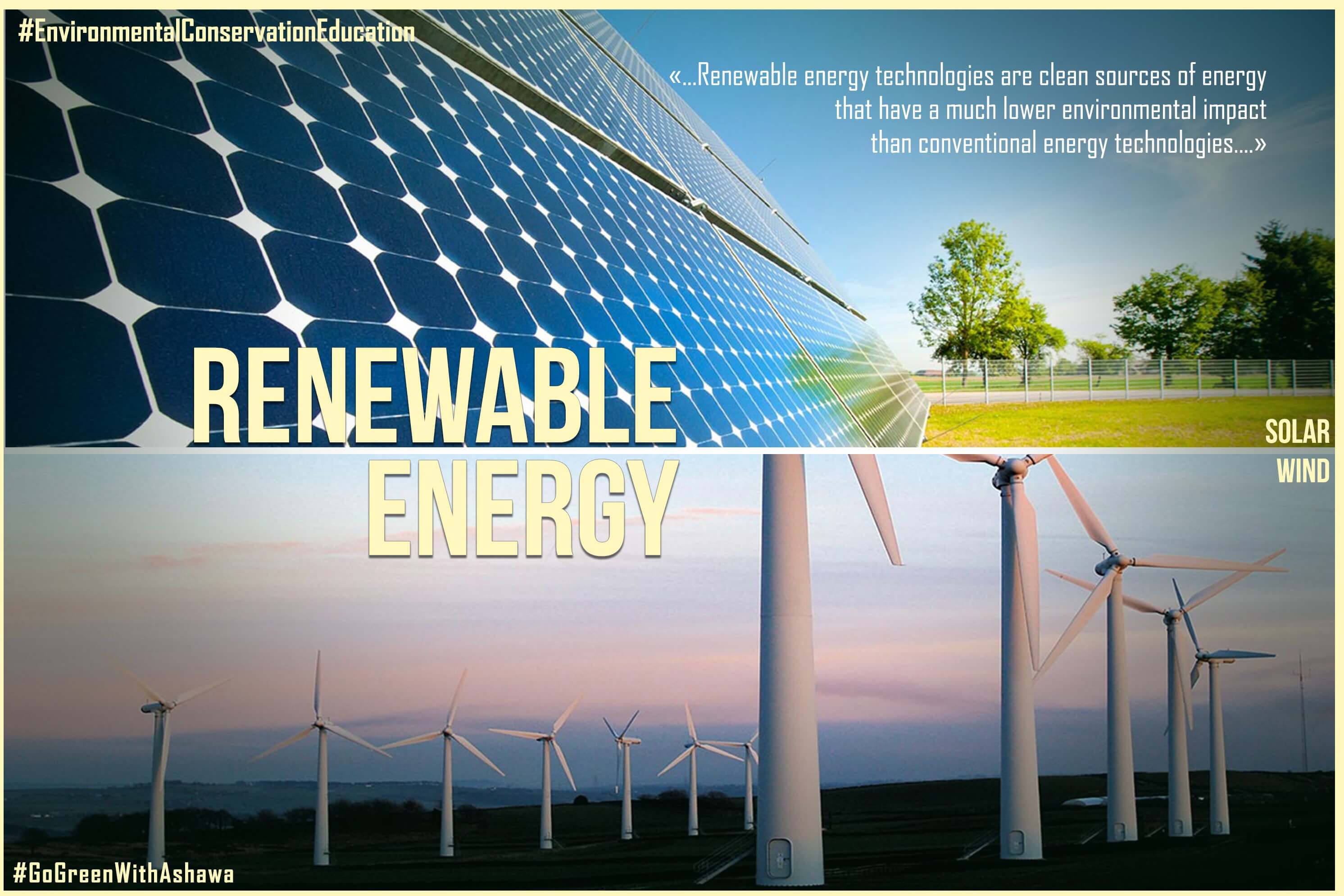 I remember those days when my mother’s pot of rice sat on three spatial stones with some firewood burning underneath to heat it up. Often, I found myself wondering what happened to the wood we burned? What would be the alternative when there was no more wood?

Our over-dependence on firewood as our primary source of energy led to environmental issues such as desertification and deforestation as announced by the then Minister of Environment, Mrs. Amina Mohammed, who lamented that about 1.5 million trees are cut daily in Nigeria, thereby leading to desert encroachment. This red alert on ozone depletion from carbon footprint in the environment led to a ban on felling of tress and use of firewood as primary source of energy. An alternative source of energy which is sustainable and eco-friendly should be considered. A while after, renewable energy and sources came to my notice as the world’s solution to its current energy problem.

Before the 21st century, the world depended largely on non-renewable energy sources to cater for its ever-increasing energy requirements. Non-renewable energy sources are sources that do not renew themselves at a sufficient rate for sustainable economic extraction in understandable human timeframe. Examples of these are: Fossil fuels (petroleum, natural gas, coal), earth minerals and metal ores, nuclear fuels etc. These resources are mined without adequate replacement to cover for long-term usage hence they are tagged “non-renewable” energy.

Projections from scientists have shown that sooner than we think, these energy sources will be used up if alternatives are not found and harnessed. These have led to ground-breaking discoveries in renewable energy sources as viable options for human energy consumption.

Renewable energy is derived from renewable sources which are known to be in place by natural processes. There are many forms of renewable energy, most of these renewable energies depend in one way or another on sunlight. Wind and hydroelectric power are the direct result of differential heating of the Earth’s surface which leads to air moving about (wind) and precipitation forming as the air is lifted. Solar energy is the direct conversion of sunlight using panels or collectors. Biomass energy is stored sunlight contained in plants. Other renewable energies that do not depend on sunlight are geothermal energy, which are a result of radioactive decay in the crust combined with the original heat of accreting the Earth, and tidal energy, which is a conversion of gravitational energy.

Renewable sources such as the movement of water (Hydropower, tidal power and wave power), wind and radiant energy from geothermal heat (used for geothermal power) and solar energy (used for solar power are practically infinite and cannot be depleted unlike their non-renewable counterparts which are likely to run out if not used sparingly.

A major advantage of renewable energy technologies is that they are clean sources of energy that have a much lower environmental impact than conventional energy technologies. Environmental impact of renewable sources such as wind power, photovoltaics, and hydroelectricity is that they are able to conserve water and reduce CO2 emissions while biofuel and biomass is the opposite of this as they consume large amounts of water.

Renewable energy has also been found to be of great economic benefit to the society as it provides jobs for citizens of societies that implement them.

It is much more efficient and therefore leads to a significant reduction in primary energy requirements, because most renewables don’t have a steam cycle with high losses (fossil power plants usually have losses of 40 to 65%).

HOW TO GET AN ENVIRONMENTAL IMPACT ASSESSMENT CERTIFICATE IN NIGERIA