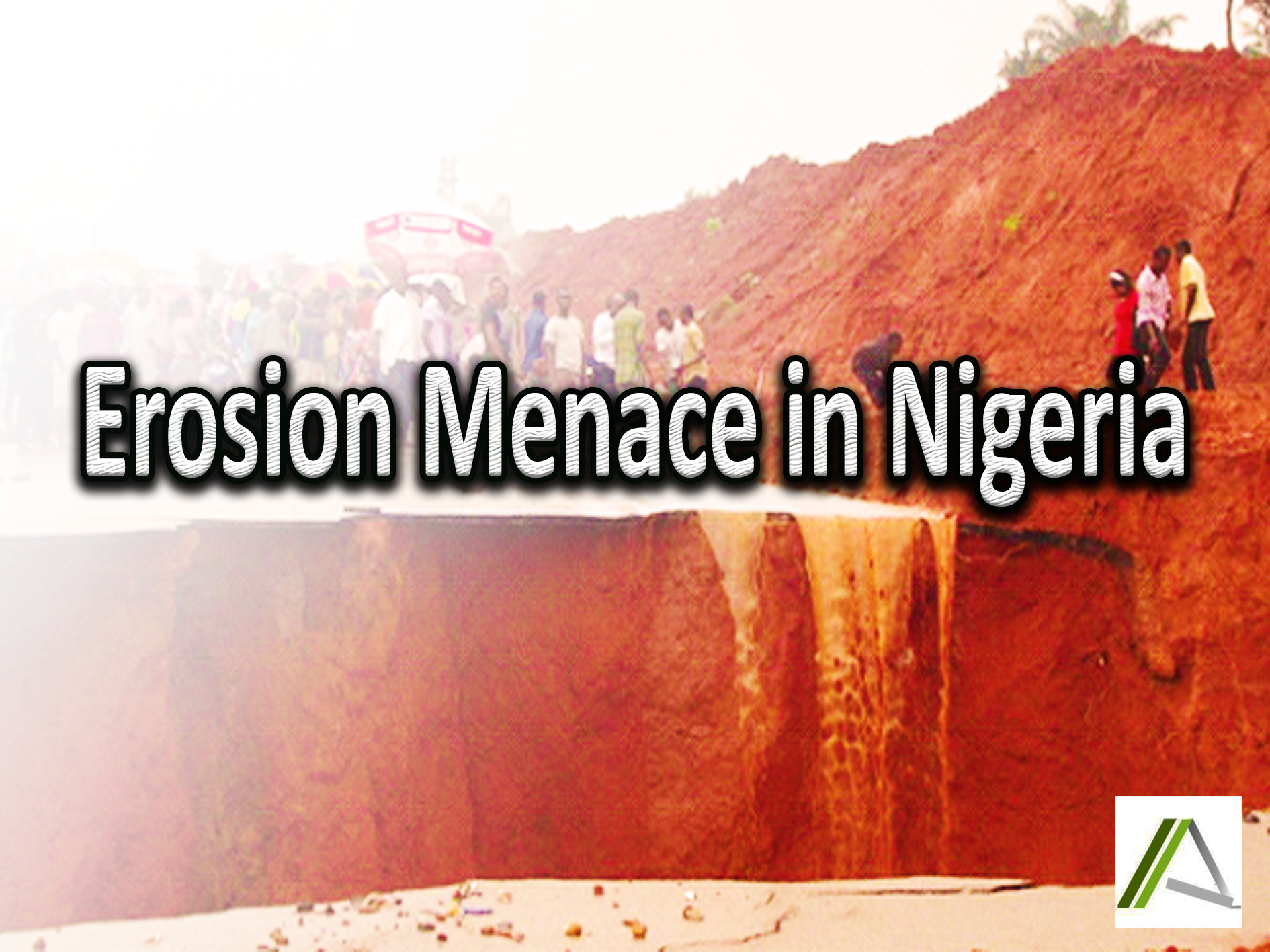 Erosion is the removal of soil from land surface by various agents of denudation. Soil erosion occurs when wind or waterflow carries soil from one part of the earth to another thereby exposing the lower horizon of the soil.  Soil erosion is perhaps the most serious mechanism of land degradation in several parts of Nigeria under different geological, climatic and soil conditions. The degree of occurrence varies considerably from one part of the country to the other with one of its most striking features on the land surface of South-eastern Nigeria with Anambra State being the most affected where Agulu, Oko and Nanka recording the worst hit in the state. However, rare occurrences of these phenomenon are documented in some other states of the Federation.

There are various factors that contribute to the inception and development of this phenomenon (erosion) which can be natural and anthropogenic. The natural factors of soil erosion maybe due to Climate, Surface configuration, surface material and vegetation whereas the anthropogenic or human component are mostly connected with agricultural practices and other land use activities.

Each of these activities leads to exposing the soil to the elements and, invariably, to “accelerated” soil erosion and deterioration, depending on the existence of other favourable conditions.

However, the underlying geology as well as types that exist in several parts of the country and severity of occurrence play a significant role.  To be able to appreciate the full implications of the phenomenon, one should understand the factors responsible for its inception and development; one should also know the types of erosion that exist and the spatial distribution of those types.

Potential erosion occurs in areas susceptible to erosion while actual erosion is based on the current state of our knowledge on the subject with gully erosion being the most prevalent in Nigeria. The gully type of erosion are the more obvious forms of actual erosion mainly because of the remarkable impression they leave on the surface of the earth.

The effect of gully erosion is felt in both rural and urban areas. Gulling cuts off communities, cuts roads, drinking water supplies, and other important socioeconomic entities of communities. The World Bank estimates that soil degradation affects over 50 million people in Nigeria and account for the loss of resources amounting to 3000 million USD per year. By 1990, gullies have occupied 4% of the south-Eastern states. Population increase and the corresponding increase in intensity of land use for the purposes of food production have added a malignant dimension to an already bad tumour. The Nigerian population has increased from 115 million to 140 million in 2006. This has no doubt accelerated soil degradation.

This degradation has impacted adversely economically, socially, environmentally and health wise. In other to mitigate these effect, a roadmap, strategies and action plans must be developed to tackle this menace.

HOW TO CURB OPEN DEFECATION AND URINATION

10 SIMPLE HABITS YOU CAN CHANGE TO HELP SAVE THE ENVIRONMENT

Wow…that is great. But pls do break it down. Note everybody will understand what you meant by surface configuration and/or surface material. Hope you are implying the lithological unit of the soil composition.

I love your classification into Actual and Potential erosion

Thank you for your feedback. We appreciate it.
Please follow us on social media and share our articles with your friends.