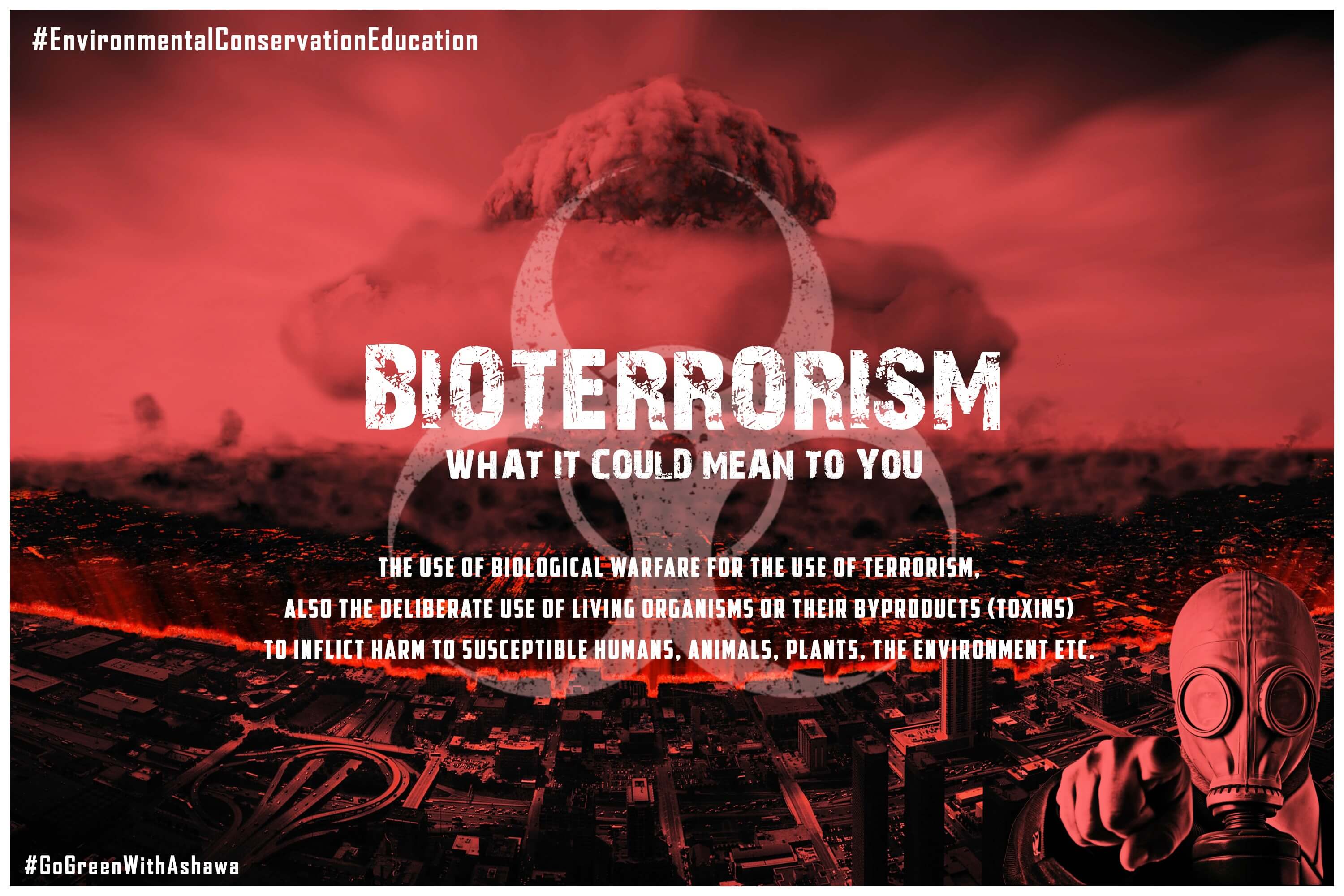 Bioterrorism, according to the definition is; the use of harmful biological substances for terrorism. Bioterrorism is also the deliberate use of living organisms or their by-products (toxins) to inflict harm to susceptible humans, animals, plants, or the environment by individuals, state-sponsored groups, insurgents, rebels, nonaligned terrorists, splinter groups, or lone offenders, to cause societal panic or menace societal safety and stability. Examples of biological weapons and bioterrorism activities include: bioterrorist attacks and development of botulinum toxin, anthrax, cholera, and Q fever for bioterrorist use in Japan by Aum Shinrikyo; assassination of two Bulgarian traitors, Vladimir Kostov and Georgi Markov, by ricin ammunition in a small bullet shot by a modified umbrella; ricin bioterrorism attack in U.K. (Yang & Keim, 2012). It is a term that has been in circulation among the public for roughly 16 years after the September 11 anthrax-letters.

This might seem too far away for any of us to immediately relate to so we could cut off some distance and bring it a little closer to home. We know of human beings used as weapons during warfare in form of suicide bombers and during chemical warfare. The primary ingredient for a terrorist attack is “intent.” Being used as a carrier for a biological weapon is also something that could easily be done or achieved considering the pace at which the world moves now. For every incidence of a breakout, there is a cause or causes, path (line of spread) and a timeline. We know of bioterrorism when we see it on news headlines, newspaper articles or on social media or to put it rightly, we hear about it but most of us may not be able to fathom it and so some of us may not be able to appreciate the seriousness of such cases. The important questions that should be on the average person’s mind is “how would/does this affect me?”, “how would I identify a bioterrorist threat or be able to manage it in case of an eventuality?”

If we must, we should go back to basics and begin there; the cause, the path and the timeline. With that in mind, we could answer the questions this could present.

The world today is at war for reasons I’m sure most of us do not understand but then we would still have family members who enlist for the army, trying to fight for their country and I wonder if they ever find an answer for the senselessness they were thrown into. That is the world we live in, and trying to turn a blind eye would not solve anything but we can try and play our part and equip ourselves with adequate knowledge so we are never caught off-guard in any situation.

STAYING IN VOGUE WHILE LIVING GREEN