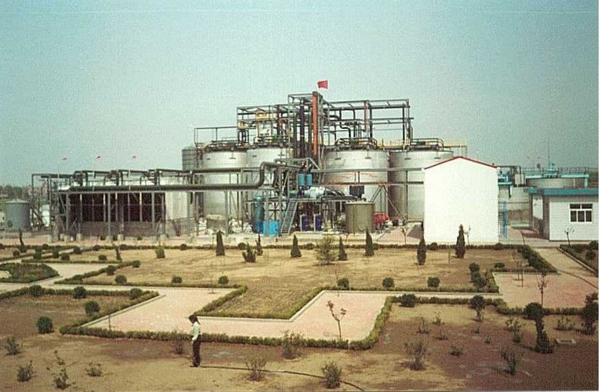 Mining is a process that involves the extraction of valuable minerals or other precious metals from the earth. This extraction usually occurs in various ways including, open pit mining and underground mining. Mining of stones and metals has been a human activity since prehistoric times. Modern mining processes usually involves prospecting for ore bodies, analysis of profit potential of a proposed mine, extraction of the desired materials and final reclamation of the land after the mine is closed.

Aside from the economic value which the mining process has brought to man, it has actually come with a heavy price paid both by humans and the environment on which this mining activities take place. Some of the adverse effects these activities on the environment includes the following,

Ø Chemicals released during smelting end up polluting the atmosphere, which can cause nausea.

Ø Acid rain may be produced as a result of the pollution from a smelting plant.

Ø Due to the high level of toxins released during smelting, workers at smelting plants are exposed to noxious chemicals during this process which can be damaging to the health of the workers.

Ø Underground water is usually contaminated due to seepage and infiltration of leached metals into the drainage system.

Ø Natural vegetation get adversely affected due to leached trace element.

Ø It directly affects the stability of the ecosystem.

Ø Mining directly results in the loss of landscape and beauty of surrounding.

On account of the above adverse effect of mining on the environment, an alternative method to the conventional one was developed which is known as Biomining.

This newly developed technology involves the process of extracting metal from its ore, usually using bacteria as opposed to the smelting

method, that requires very high amount of heat energy. This new innovation usually requires little to no energy and as such is energy conserving in nature. This procedure accounts for 15 percent of all copper mining worldwide. Other precious metals been extracted using this new expertise includes, Gold, Nickel, Zinc, Cobalt.

One very effective biomining method is known as bioleaching. The first step is to get a supply of the proper bacteria. This is completed by cultivating a batch of microbial, or in other words “farming” the bacteria similar to any other animal. The best method appears to be simulating the environment in which the particular bacteria are found. Once a supply has been cultivated, they can be shipped to the site and pumped into the orebody. After allowing a soaking time a recovery well is used to pump the solution back to surface. This solution moves through a purification plant which separates the metals from the bacterial mixture. The solution passes through an enrichment section to replenish any of the bacteria that may have been lost in the process, then continues the cycle.

For a very long time biomining has been viewed as the green alternative to the traditional smelting. Some bacteria usually used for the biomining of various metals include the following;

Recent progress in the genetic manipulation of microorganisms for industrial purposes promises to revitalize not only the bacterial leaching of metal-bearing ores but also the microbiological treatment of metal-contaminated waste water. The enthusiasm of the microbiologists working on the development of the new biomining techniques is matched by a need in the minerals industry to find alternatives to conventional methods of mining, ore processing and waste-water treatment. But on the overall it is a safer alternative to the smelting process, below are some of its merits over the usual mining procedure,

Bioleaching is a new technology that has been used worldwide to reclaim metals from abandoned old mine wastes, and also to remove poisonous chemicals from old mine areas.  Currently, companies are using this expertise for ore treatment in heap leach operations, and for the future treatment of copper and other metal concentrates by bioleaching in agitated reactors. Biomining as a bio tool has not been explored in Nigeria. Though Nigeria has many solid minerals in different states of the country, providing information to Nigeria scientists, ministries and government agencies is the solution to this limitation.  The technology is being adapted, to new mining ventures as in reclaiming depleted oil wells and also reclaiming numerous metal mines. All that is needed is political support, innovation and imagination!

10 EASY AND SIMPLE WAYS YOU CAN CONSERVE WATER