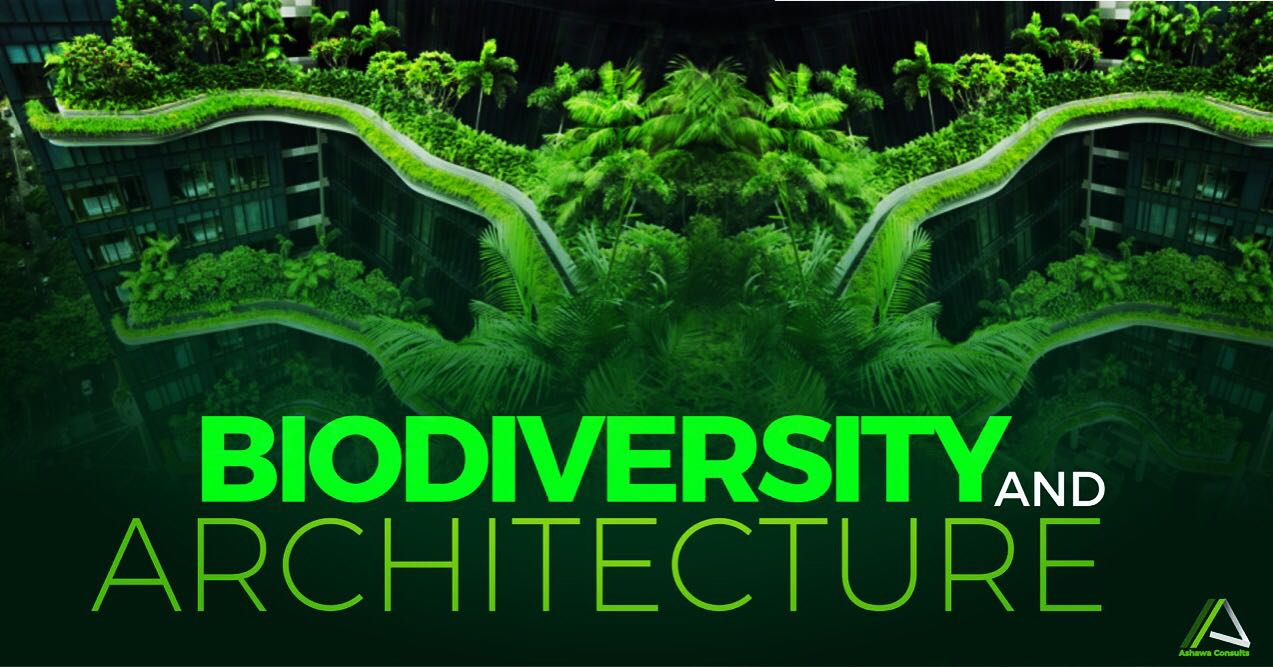 The artistic impact of architecture on the environment is beautiful, so is mother nature. The modern buildings tend to beautify the environment beyond expectation and so does the variation of life. Before the rapid expansion of human population, cities were quite small and their impact on nature was limited, thus having less impact on biodiversity.

Architecture is both the process and the product of planning, designing, and constructing buildings and other physical structures. Architecture and buildings are inseparable parts of a city; can you imagine a city without architectural buildings and their features? The biggest percentage of built areas are building blocks and their attachments; can you imagine a sustainable and ecological city without the effects of architectural design and building constructions? Particularly, in modern and semi-modern cities today, the domination of buildings against natural environment is undeniable.

Before the arrival of modernisation and urbanization, nature and cities co-existed beautifully. With the emergence of modernisation, growth of urbanisation resulted to the situation where modern homes and high rise habitats replaced gardens. Before urbanisation began, there were many cities that had city—nature relationship e.g. in Old Iranian cities like Isfahan, Shiraz and even Tehran; The Garden Cities of Sir Ebenezer Howard in England, Kilwa coastal towns in what is now present day Tanzania, Teotenango, Mexico, as other few examples.

Fast growing populations and changes in lifestyle contributed to the destruction of the garden cities.

Biodiversity/Biological diversity is a term we use to describe the variety of life on earth. It supports ecosystem processes such as air quality, climate, water purification, pollination, food production, and prevention of erosion, thus implying that greater biodiversity translates into greater health. Its importance to human health has become an international concern as human activities due to urbanisation and modernisation, may have health implications by reason of biodiversity loss.

Architects can contribute to the environment to reduce the diminishing rate of biodiversity in the world by;

Ø Eco-friendly materials to all creatures

Ø Climate: The temptation to create up-to-date designs which assails ancient architecture sometimes prevents an architect from complying with best practices. In the past, people of the humid tropical regions build their huts with reeds and grass that allows air to pass through the walls. As a result of the need to keep up with modern trends, they begin to use more sophisticated materials like cement block and roof topped with iron sheets, causing the houses to become unbearably hot and stuffy.

Ø Topography: Architects tend to take advantage of areas with special topography to experiment and design something unique. The natural beauty of the area needs not to be tempered with as there are many ways it can be manipulated that will not cause a drawback to biodiversity. For instance, instead of excavating for the purpose of levelling a site, design the building in a way that it aesthetically takes advantage of the slope.

Architects can assist at every stage with designs constructed with the consideration of environment, health and nature in mind. They can shape the environment physically, they have the ability to influence how people live, whether they walk, cycle or drive, whether they recycle and how much energy they use. The most important issue is architects should generate more forms of architectural expression that are closely linked to local conditions.

5 BENEFITS OF HAVING A GREEN HOME

5 WAYS TO REDUCE OUR DAILY WASTE